Back to all posts

"But I respectfully say to the members of the media and to the American people, Timothy McVeigh [Oklahoma City bomber] confessed that he was a Christian but nobody blames the church for his misconduct. Ninety-five percent of the nearly two million inmates in the prison system in the United States will tell you, if you ask them what is your faith, they will say, I’m Christian. But no one would blame Jesus or their pastor for their behavior that is contrary to the teachings of Jesus." – The Honorable Minister Louis Farrakhan

These words of wisdom call attention to the level of skilled precision that the media has done in swaying the public to believe that Islam and Muslims are somehow the enemy to the American people. America’s murders, rapes, sexual misconduct, and exploitation is led by its Judeo-Christian inhabitants, not Muslims.

It is documented that the American government, and powerful groups have killed, tortured, and plotted against the Black Muslims, and it is understood that they relentlessly work to turn the world against Islam with the intention of punishing and killing Muslims with impunity. This process starts with lies and propaganda intended to equate the Nation Of Islam (NOI) with terrorism and wrongful activities to sway the people against Islam, followed by unjust laws and policies being enacted to justify the punishment and murder of Muslims with little outcry. 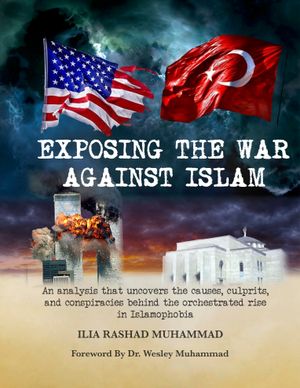 After the very suspicious 2015 San Bernardino shooting where an alleged Muslim was said to have shot several people at a Christmas party, the news ran reports about the “Muslim killers.” The reports ran names of one of the alleged killers named Farook—a name phonetically similar to Farrakhan. Also associated with the suspected killer was the name Farhan Khan, which also resembles the name Farrakhan. It is eerily odd that these suspiciously sudden attacks connected with names that rhyme with the Minister’s were blazed throughout the media. This is a common tactic in false flag operations to precondition certain ideas, names, and images in the publics’ psyche, so they can accept whatever narrative comes afterward.  Several other names that sound similar to Farrakhan or being used in the media to associated with criminal activities in order to condition the people’s minds to readily accept any charge their detractors place on him.

In fact, the media has tried to associate any Black person involved in seditious activities with the NOI. This was the case in 2016 when a Black man named Gavin Eugene Long took matters into his own hands and allegedly gunned down three Baton Rouge law-enforcement officers and injured three more. Long left video posts on social media expressing his anger over the police brutality and unjust mistreatment of Black people in America. Long mentioned several books and groups that he respected including the Black Panther Party and the NOI, but he exclaimed, “Don’t affiliate me with it. Don’t affiliate me with anything. I thought my own thoughts. I made my own decisions. I’m the one who’s got to listen the judgment.” Despite his own words and actions, the media had its own agenda and still ran headlines and news reports that read, “BATON ROUGE COP-KILLER IN NATION OF ISLAM”. They have lied extensively just to slander the Muslims as a pretext to kill and destroy Minister Farrakhan and the NOI.

It is important to know that Long was trained in the U.S. Marines where he was taught how to shoot and kill, not in the NOI, which doesn’t even condone the possession of such weapons! He left the Marines with an honorable discharge, not the NOI! His lethal training was instilled in him by the U.S. Military, not the Nation Of Islam!

Long was eventually shot and killed by a Baton Rouge SWAT officer. The manner in which his criminal activities were media-spun to somehow link him to the NOI has become a common propaganda tactic over the years.

In 2002 John Allen Williams, aka John Allen Muhammad the D.C. Sniper, caught worldwide attention after innocent people were randomly shot in the Washington D.C. area. It was found that the sniper was formerly a member of the NOI, but was estranged and had not been in good standing with the Muslim community for years. Just a year after the 9/11 attacks, the American news media reinforced their poisonous slander by associating John Allen Williams’ (Muhammad) actions with Minister Farrakhan and the NOI. The Minister spoke on the effects of how the good name of Muhammad was being used in the media to harm Muslims days after John Allen’s capture:

“With the name Muhammad, many Muslims in the country already hurt, already damaged, stigmatized by the horrific events of September 11 and the aftermath of that, now to have a sniper, an alleged suspect named Muhammad, then all Muslims feel the pain again of such stigma attached to the religion of Islam.” 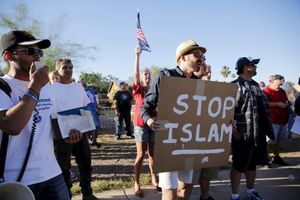 Because of the slanderous news reports, the American public’s hatred and anger against Black Muslims became inflamed even more than before. The Government’s misinformation campaign against the NOI was effective because they led many to believe that John Allen’s actions were the result of a connection to the Minister, which is an outright lie. In fact, the Muslims have always disdained the use of guns and weapons, unlike America’s military who trained John Allen to kill the way he did. Left out of most media news was the fact that John Allen spent 17 years being trained by the U.S. Military in the use of armed weaponry—a dramatic contrast to the NOI where no guns are allowed to be possessed by its followers. If any entity is to be blamed for John Allen’s behavior, it should be the U.S. Military since they trained him to kill.

The followers of the Honorable Elijah Muhammad and the Honorable Minister Louis Farrakhan, on the other hand, have been the exemplars of maintaining peace and order in society without the use of arms:

Nowhere in the teachings of Islam, no where in the teachings of the Honorable Elijah Muhammad, would we countenance any man taking the lives of innocent human beings. That is against our law. In fact, all of us who are members of the Nation Of Islam have been instructed not to carry any weapons—not so much as a penknife—not on our persons and not in our homes. So any member of the Nation that may be found with such, is in violation of our teachings. We do not rely on weapons of war to defend us. We rely on our belief and our faith in Allah (God).

The media was so relentless in their efforts to bring down the NOI that they literally contacted the former wife of the D.C. sniper, Mildred Muhammad, and wanted her to blame the murders on the Honorable Minister Louis Farrakhan. During an interview with Sister 2 Sister Magazine, Mildred told Jamie Foster Brown how attorneys, news producers, and media outlets including The National Enquirer offered to pay her plenty of money to say that Minister Farrakhan was behind the D.C. sniper shooting.

During an interview with The National Inquirer, one attorney told her “We need you to say that Minister Farrakhan told John to shoot those people.” Since Mildred would not comply with their lies and schemes, the attorneys and media personnel told her she wasn’t “participating” correctly. She told them “I am not going to put the head of a man that I love [Minister Farrakhan], that saved my life, on a silver platter!” Despite needing the money and resources that they offered, Mildred Muhammad demonstrated the integrity and character of a true follower of the Honorable Elijah Muhammad because she had the moral principles not to lie on a righteous man. 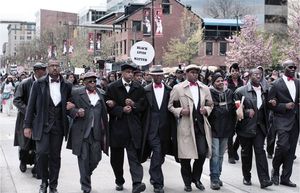 Knowing how the government and media entities have continuously lied on the NOI, it is only imaginable what lie, what scheme, what false flag event is likely to occur next—an event that conveniently seeks to implicate Minister Farrakhan or Muslims as some type of terrorist, fifth-column movement. More importantly will the public be wise enough to recognize the lies and false propaganda as they are being manifested?

Ilia Rashad Muhammad is part of the NOI Research Group and author of the book, Exposing The War Against Islam.